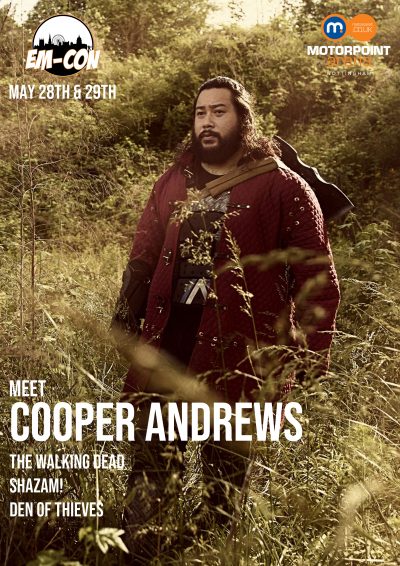 We’re excited to announce that Cooper Andrews will be our guest at EM-Con.
Cooper is best known for his reoccurring role as Jerry, the axe wielding right hand man to the King and a fan favourite, in AMC’s The Walking Dead.
Cooper is also known for his role as Victor Vasquez in the film Shazam! and his role as Mack in Den of Thieves.