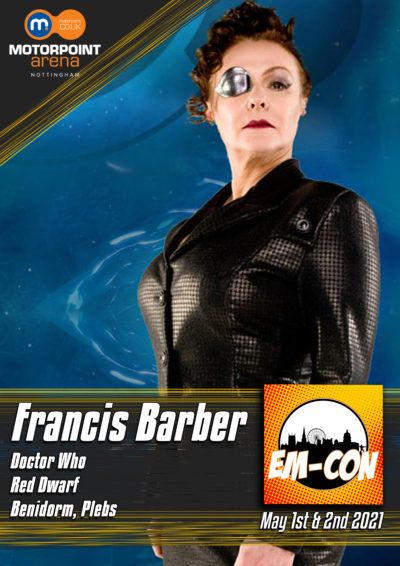 EM-Con is delighted to welcome Frances Barber to our guest list for our convention in May.
Frances is best known for her role as Madame Kovarian in Doctor Who, but has also appeared in numerous other TV shows such as Red Dwarf and Benidorm among others and films and is an Award winning actress having worked on movies such as ‘Mr. Holmes’, ‘King Lear’, ‘Prick up your ears’ and Peter Capaldi’s ‘Soft Top Hard Shoulder’.
Other TV includes: Psychobitches, Silk, The IT crowd, Funland, Midsommer Murders.
She is currently appearing in the west end till March 1st in ‘Musik’ by Jonathan Harvey and Pet Shop Boys