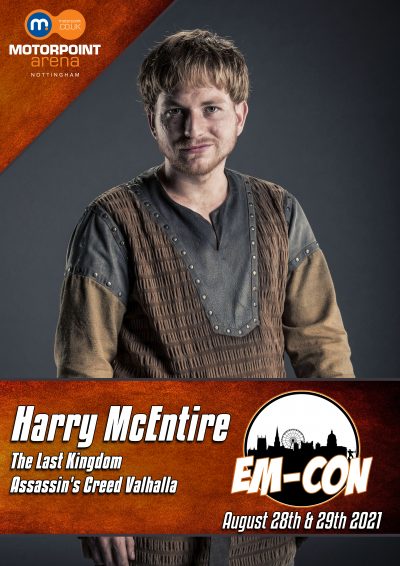 We’re happy to welcome Harry McEntire to our guest list for EM-Con this coming August.

Harry is best known as Æthelwold in The Last Kingdom as a recurring character over the first two seasons and main cast in the third season.


Harry McEntire will be appearing at EM-Con Nottingham 2021 on Saturday & Sunday
Autograph Price:£20.00
Photoshoot Price:£20.00
Saturday Photoshoot
Sunday Photoshoot
Please ensure to purchase a photoshoot corresponding to the day(s) you are attending the convention