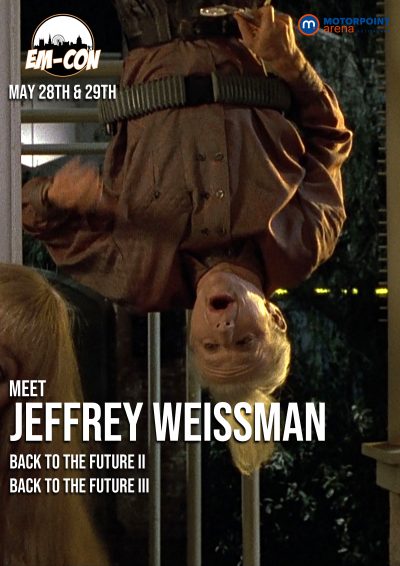 Back to the Future II & III

We are delighted to announce that Jeffrey Weissman will be our guest for EM-Con Nottingham.

Jeffrey has appeared in dozens of motion pictures and TV shows, most notably as George McFly in Back to the Future Part II and III and as Teddy Conway in Pale Rider. He has guest starred spots on Scarecrow and Mrs. King, Max Headroom, Dallas, The Man Show, and with Dick Van Dyke on Diagnosis: Murder and as Screech’s Guru on Saved by the Bell.