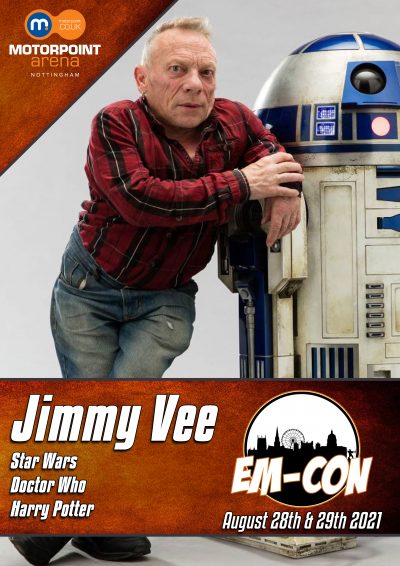 We’re delighted to announce that Jimmy Vee will be joining us for EM-Con Nottingham.

Jimmy is best known for playing a number of Doctor Who monsters and aliens including Bannakaffalatta in the 2007 Christmas special Voyage of the Damned, as well as the Graske in the Doctor Who spin-off series The Sarah Jane Adventures. He is also well known as the actor for R2-D2 in Star Wars: The Last Jedi and Star Wars: The Rise of Skywalker, replacing the late Kenny Baker, who died in 2016.