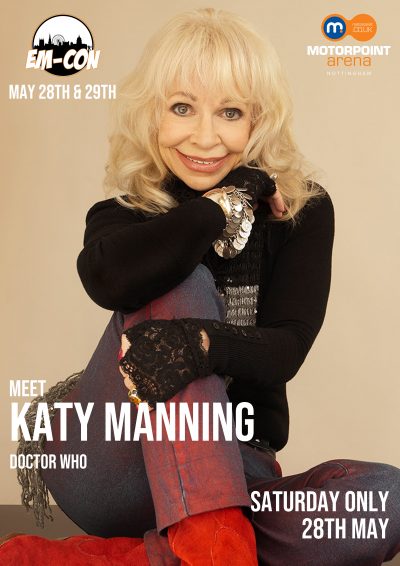 EM-Con is happy to welcome Katy Manning to our guest list for the upcoming Nottingham event in May.
Katy is best known for her part as the companion Jo Grant in the BBC science fiction television series Doctor Who. Katy initially played the role in the 1970s but reprised the role in the Doctor Who spin-off The Sarah Jane Adventures in 2010. She is also well known for voicing Iris Wildthyme in the audio series Iris Wildthyme for Big Finish Productions since 2005.


Katy Manning will be appearing at EM-Con 2022 on Saturday only
Autograph Price:£20.00
Photoshoot Price:£20.00
Buy Photoshoot
Guest Tags: Doctor Who