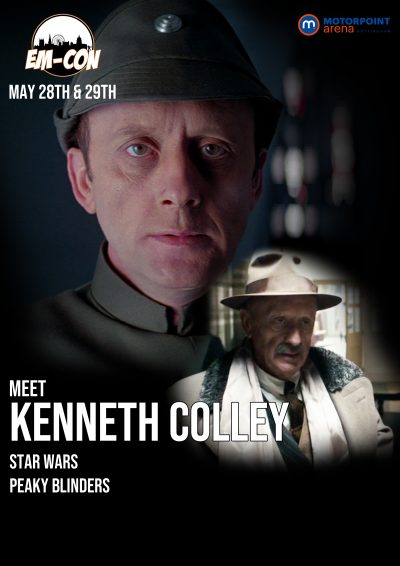 EM-Con is happy to welcome Kenneth Colley along as our guest in May.

Ken is an English film and television actor whose career spans 50 years. He came to wider prominence through his role as Admiral Piett in the Star Wars films The Empire Strikes Back (1980) and Return of the Jedi (1983).

Recently he took the role of Vicente Changretta for 2 episodes in the hugely popular Peaky Blinders TV series.