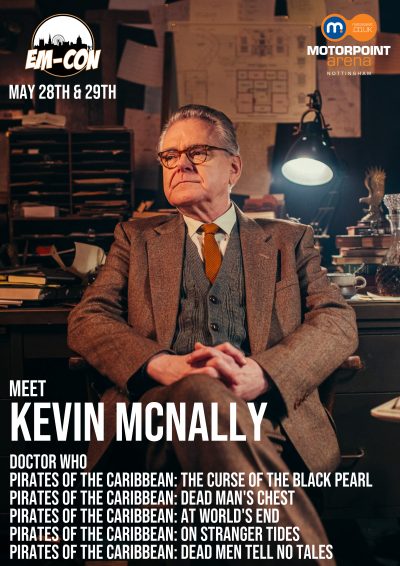 Doctor Who, Pirates of the Caribbean

EM-Con is happy to announce that Kevin McNally will be attending on May 28th and 29th.

Kevin is known for portraying Joshamee Gibbs in the Pirates of the Caribbean film series, he also appeared in Sliding Doors, Johnny English, Valkyrie, Legend, Supernatural, Downton Abbey and most recently he played the role of Professor Eustacius Jericho in Doctor Who.