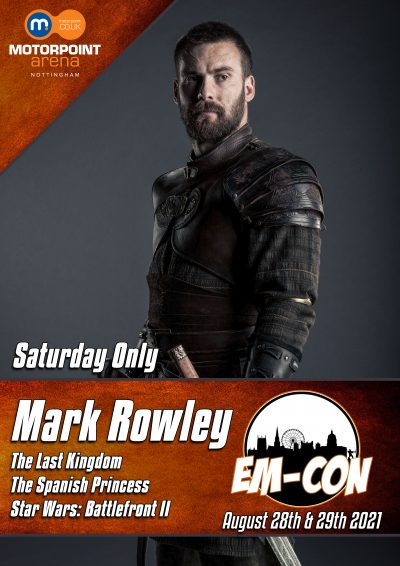 We’re happy to announce that Mark Rowley will be with us for EM-Con Nottingham
Mark is best known for his role as the Irish warrior Finan, Uhtred’s sidekick in battle, in The Last Kingdom.
Mark also played Alexander Stewart in The Spanish Princess and has voiced in various games such as Star Wars: Battlefront II and Assasin’s Creed: Syndicate.
SATURDAY ONLY