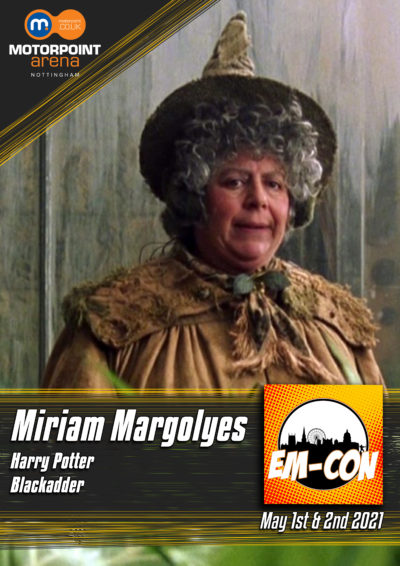 We’re excited to announce that Miriam Margolyes will be attending EM-Con Nottingham this July.
Miriam Margolyes OBE is best known for her role of Professor Sprout in the Harry Potter film series and her various roles in Blackadder, she also won a BAFTA Award for her role in The Age of Innocence.