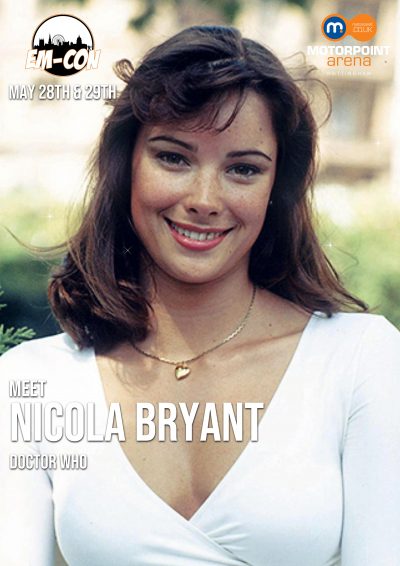 EM-Con is happy to welcome Nicola Bryant as our guest for our show in May. Nicola is best known for her roles as Peri Brown, a companion to both the Fifth and Sixth Doctors in the BBC science fiction television series Doctor Who, from 1984 to 1986 and as Martine Johnson the dance teacher in the school drama series The Biz from 1995 to 1997. She also played Miss Brown in The Stranger film series and Lana in Star Trek Continues.