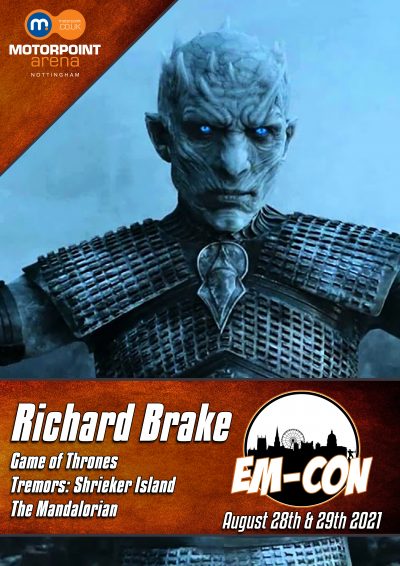 We’re excited to announce that Richard Brake will be attending EM-Con Nottingham as our guest.
Richard is probably best known for his role as the Night King in Game of Thrones, Valin Hess in The Mandalorian, and Bill in the recent Tremors movie Shrieker Island.
Richard has a huge list of TV and Movie credits, others include, The Death of Stalin, Thor: The Dark World, Peaky Blinders and Supernatural.

Richard Brake will be appearing at EM-Con Nottingham 2021 on Saturday & Sunday
Autograph Price:£20.00
Photoshoot Price:£25.00
Saturday Photoshoot
Sunday Photoshoot
Please ensure to purchase a photoshoot corresponding to the day(s) you are attending the convention