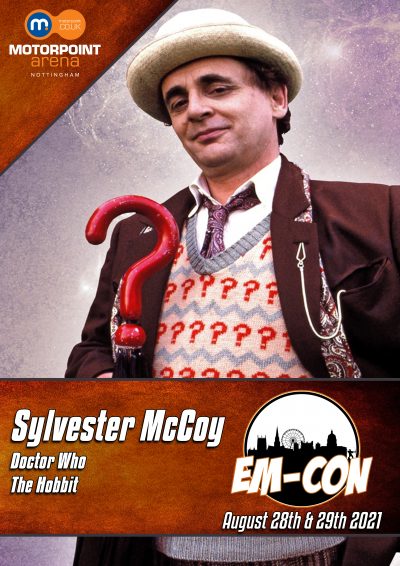 Doctor Who, The Hobbit

We’re happy to announce that Sylvester McCoy will be attending as a guest for EM-Con 2021.
Sylvester is best known for playing the seventh incarnation of the Doctor in the long-running science fiction television series Doctor Who from 1987 to 1989—the final Doctor of the original run—and briefly returning in a television film in 1996. Sylvester is also well known for playing the role of the wizard Radagast in The Hobbit.


Sylvester McCoy will be appearing at EM-Con Nottingham 2021 on Saturday & Sunday
Autograph Price:£20.00
Photoshoot Price:£20.00
Saturday Photoshoot
Sunday Photoshoot
Please ensure to purchase a photoshoot corresponding to the day(s) you are attending the convention
Guest Tags: The Hobbit, Sci-fi, Fantasy, Doctor Who