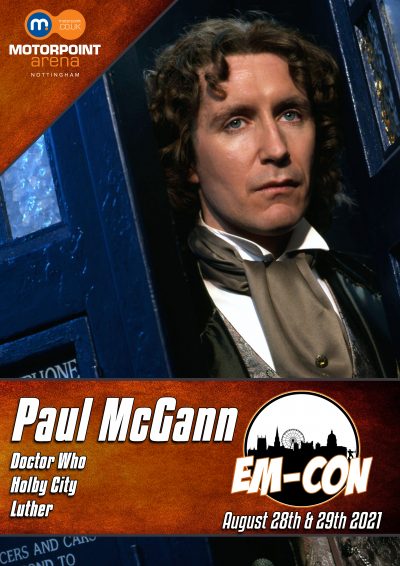 We’re delighted to welcome Paul McGann as our guest to EM-Con in August.

Paul is best known for portraying the eighth incarnation of the Doctor in the 1996 Doctor Who television film. He is also known for playing Lieutenant William Bush in the series Hornblower.
He came to prominence for portraying Percy Toplis in the television serial The Monocled Mutineer (1986), then starred in the dark comedy Withnail and I (1987), which was a critical success and developed a cult following.
More recently he joined the cast of the long-running BBC series Holby City, playing neurosurgeon John Gaskell.