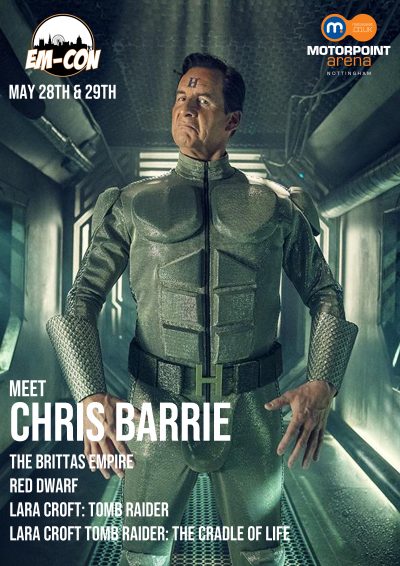 We’re really happy to welcome Chris Barrie along to EM-Con Nottingham.
Chris is best known for his role as Arnold Rimmer in the sci-fi sitcom Red Dwarf, as Gordon Brittas in the BBC leisure centre sitcom The Brittas Empire, and as Lara Croft’s butler Hillary in the Tomb Raider franchise films.