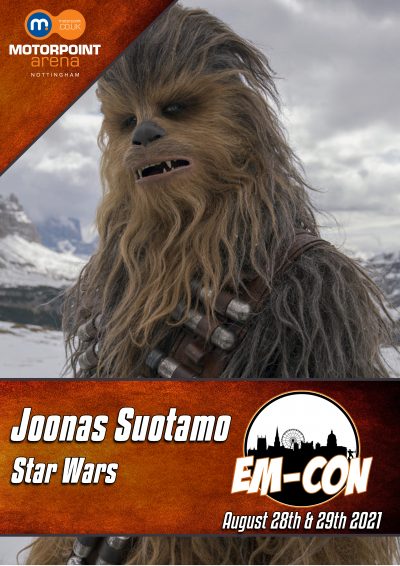 We’re delighted to announce that Joonas Suotamo will be attending EM-Con Nottingham as our guest.